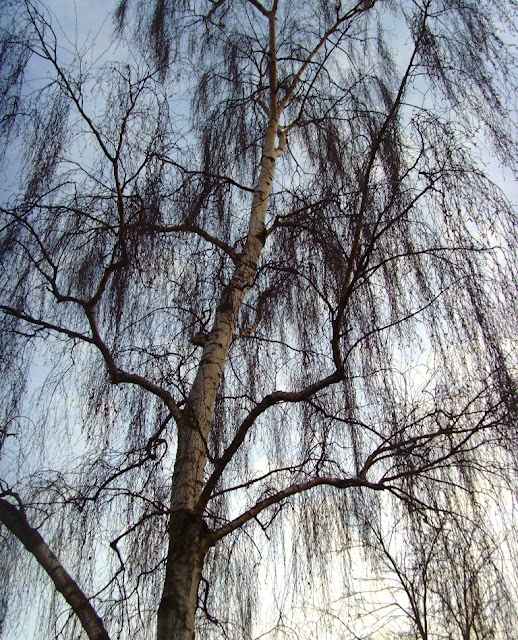 One of my favourite trees - the Silver birch - ethereal in the dead of winter, finely drawn against the fading light.  As a native of the British Isles much ancient folklore attaches to it. Silver birch is associated with Venus - both the planet and the goddess of love and fertility - and is often referred to as 'the Lady of the woods'.  Bundles of birch twigs were used to drive out evil spirits and to purify the body.  It's fine branches were also bound and made into brooms (the archetypal witches broomsticks) known as 'besoms' - a term which became associated with upstart or stroppy women.  Maybe that's why I love the silver birch!

Over the past few years I've been snipping the drooping  twigs from urban street trees to incorporate into my painted wall pieces using a random interlacing technique. 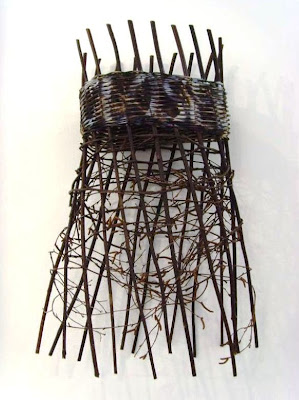 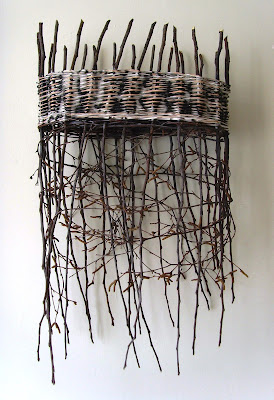 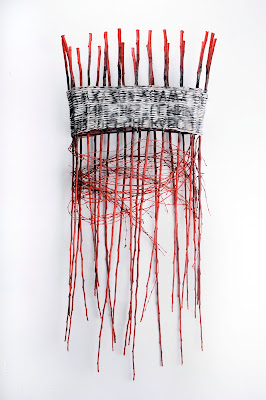 Stella Harding TRUE NATURE (side 2) 2011 Photo: Trevor Springett
Recently though I was lucky enough to come across a tree in a church garden that had just been pruned and the many fine twigs still lay scattered on the ground.  I gathered armfuls and I thought I'd have enough to make an actual basket for a change. I was keen to try out samples for my forthoming hedgerow basketry workshops - see my website www.stellaharding.co.uk for details.  Many people plant silver birches - their graceful, upright habit, striking white bark and dainty, fluttering leaves make them a popular choice for small gardens. 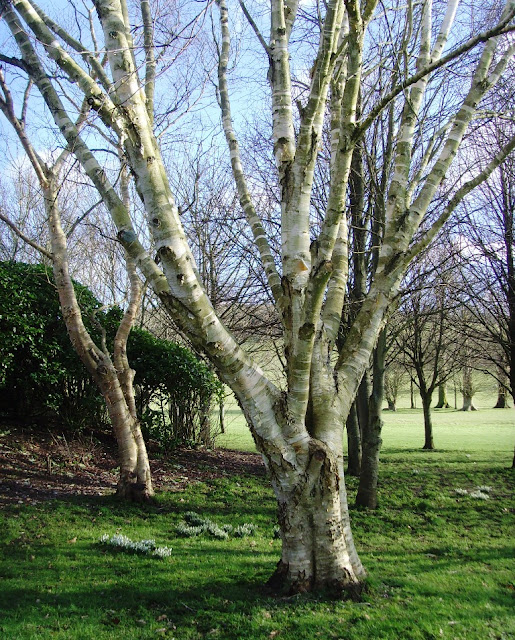 They don't like to be heavily underplanted but a scattering of snowdrops or spring bulbs would be perfect - as here in the grounds of West Dean College near Chichester. 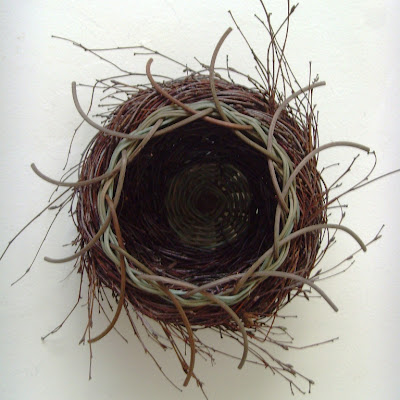 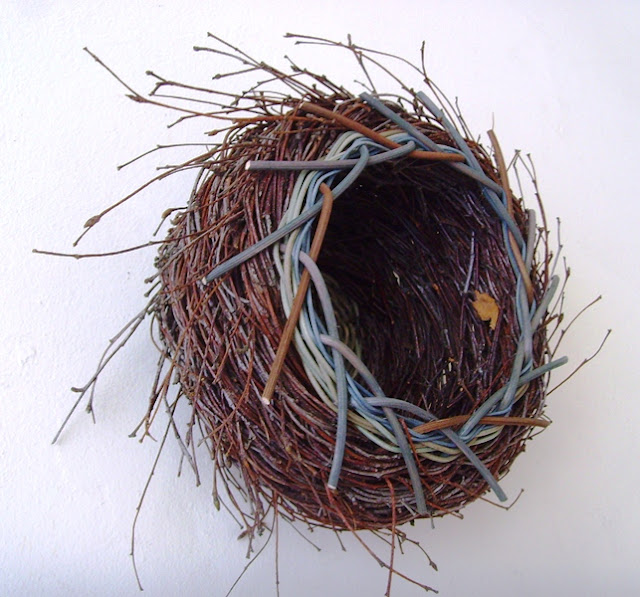 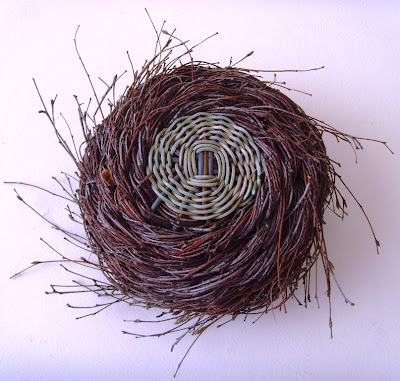 Stella Harding - silver birch and rattan #2 (base)
I was amazed at how much material these small baskets used.  It will be a few years before the little seedling birch I've planted in my own garden will provide enough for a basket - until then I'll have to look elsewhere.
This coming Sunday 3rd February 2013 I'm taking part in SILVER ACTION a work of performance art, conceived by US artist Suzanne Lacey, in the Tanks at the Tate Modern, London.  Over 400 hundred older women will engage in conversations - telling stories of personal and political activism that has changed the social and cultural landscape over the last 60 years. 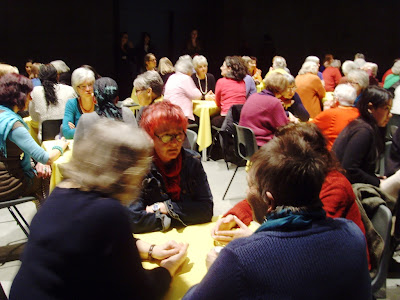 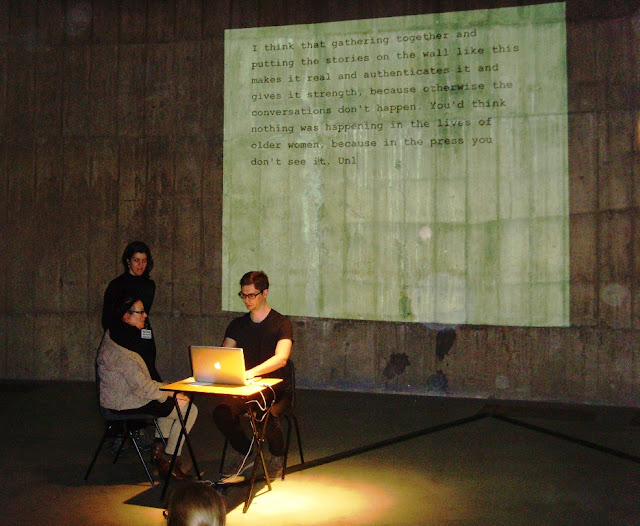