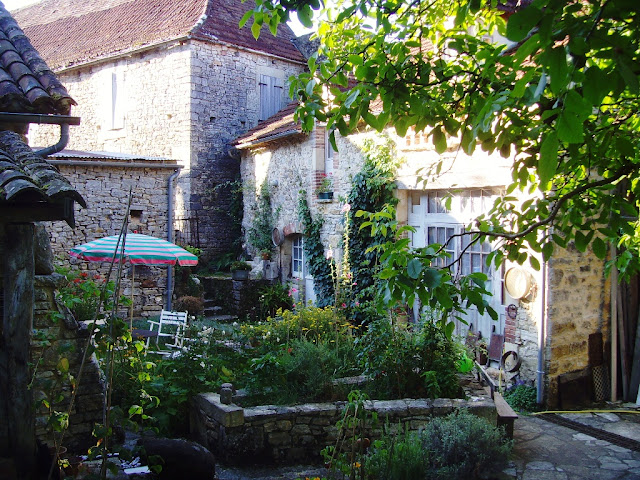 We don't all have a garden of our own but sometimes we're given the opportunity to share someone elses. One garden in which my partner, ceramicist Robert Cooper, and I have spent many happy and creative times is that of our dear friends and fellow artists Carol Farrow and Martin Ward.

Carol and Martin's courtyard garden is tucked between their house and barn in a small medieval village in rural France.  It's a tiny potager - an artless melange, stuffed full of flowers, herbs and summer vegetables - that doubles as an outdoor dining-room, crafting space and occasional art gallery.  At least, that's how we've been lucky enough to experience it.

We've looked after the garden now for several summers running whilst Carol and Martin have been in the States doing Art Fairs.  Although the fertile, iron-rich soil and the not infrequent summer rain storms mean that the plants pretty much look after themselves, we're under strict instructions from Carol to water regularly - with liberal dowsings of bath water!  Waste not - want not! And no one in their right mind would dare disobey Carol's instructions.  Even though she's not there and it might, occasionally, cross your mind to just pull the plug from the bath and let the water run down the drain - because how would she ever know? you nevertheless dutifully ladle out every last drop and deposit your libations on her beloved plants. 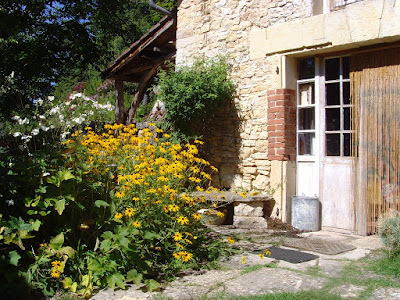 In high summer, in the flower bed outside the little house, a profusion of golden Rudbeckias (black-eyed Susans) and white Japanese anemones hide the dying leaves of June-flowering day lilies (Hemerocallis)
And, in gardening as in life, what you put in you get out!  As my favourite gardening guru, the late Christopher Lloyd, once wrote: "It's the generous gardener whose garden is full of flowers."  What he was refering to was the way that keen and thrifty gardeners will swap and share clumps and cuttings, thus ensuring a plot overflowing with both plants and fond memories.

Our summer visits to the garden have always co-incided with the fading of the day lilies.  Hemerocallis leaves are great for twined basketry or for making cordage.  It's always been a pleasure for me to tidy up the flower bed by pulling out the browning leaves, spreading them to dry thoroughly in the morning sun and then, later, making them into a crafty holiday basketry project. 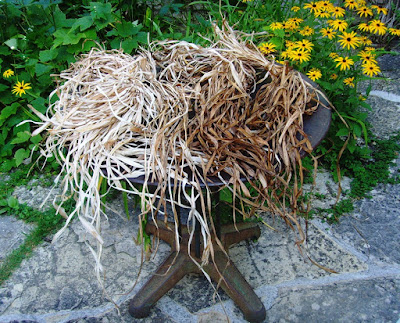 Dried day lily leaves:  if you spread them out on the grass on a balmy summer's evening the next morning they'll be perfectly conditioned by the morning dew.  Otherwise you can just wrap them in a damp cloth for an hour or two to re-hydrate them for weaving.
The summer of  2010 was an exceptionally good crop and, over a few days, I produced many metres of cordage.  Whilst in previous years I'd made twined baskets from the leaves this year I wanted to try a frame basket.  I had in mind to use brambles from the surrounding hedgerows and by-ways. The path to the village graveyard, I'd noticed, was becoming menaced by some particulary rampant examples of these opportunistic thugs.  I also gathered them aplenty from the my son's nearby property where they were encroaching on the children's play area.  I learned from a gypsy trader, who I met selling bon-bons, bunny balloons and baskets in a local marketplace, that his family had often made baskets from les ronces (brambles) in the past.  He now uses a mix of split and stripped willow for his capacious market shoppers. 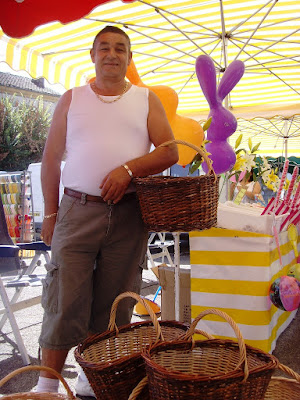 Carrying on the family basketmaking tradition - with a bit of contemporary diversification.
I made the frame and the ribs of my baskets from some Plane tree prunings I found discarded on the local tip.  Rootling about in Carol's shed I found a bamboo plant support that I hoped she wouldn't mind me putting to good use as a ready-formed handle.  You need quite a few lengths of bramble to weave even a small basket and I found it best to use them quite quickly as they lose flexibility after a couple of days. The inclusion of the time-consuming day lily cordage was a bit of an extravagence for a simple frame basket but the total ensemble was a fitting use of all the different materials the garden and its locale had provided. 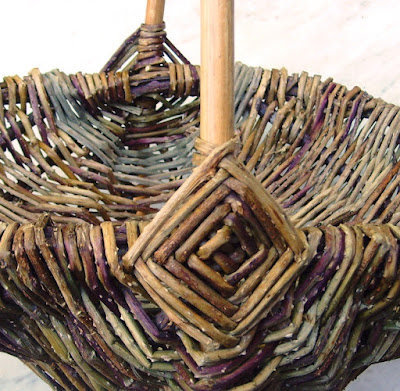 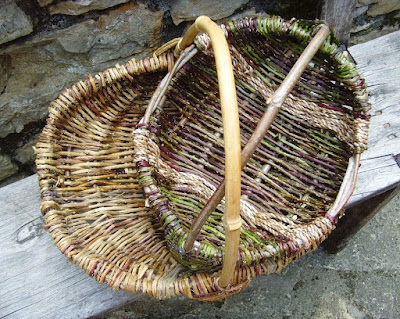 There was enough material to make two baskets.  One to leave as a gift for Carol and Martin and one to bring home as a souvenir of our summer in their garden.
My eldest grand-daughter Scarlett, helped with the weaving (once the brambles are stripped of thorns by pulling the cut stems through a leather-gloved hand they are quite safe enough for even a child to use) and grandson Jackson put the finished baskets to good use gathering fresh garden produce. 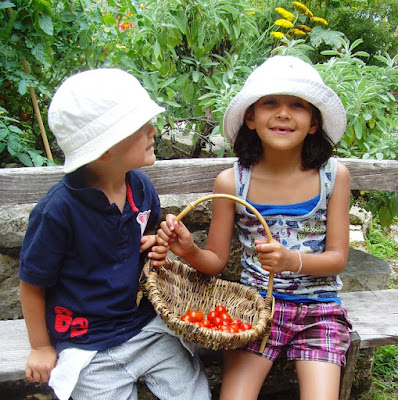 Another of Carol's strict instructions:  'Make sure to eat the tomatoes!'

After a simple lunch of the kids' favourite (and mine) - pasta pesto with herby tomato salad - it was time for an alfresco art class. 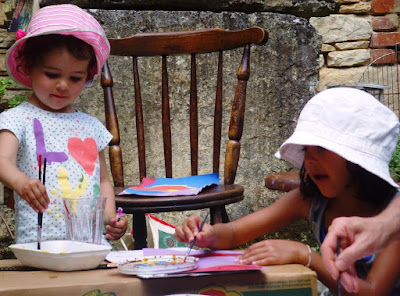 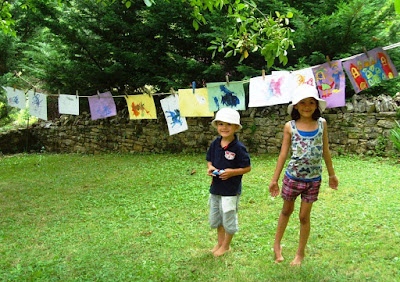 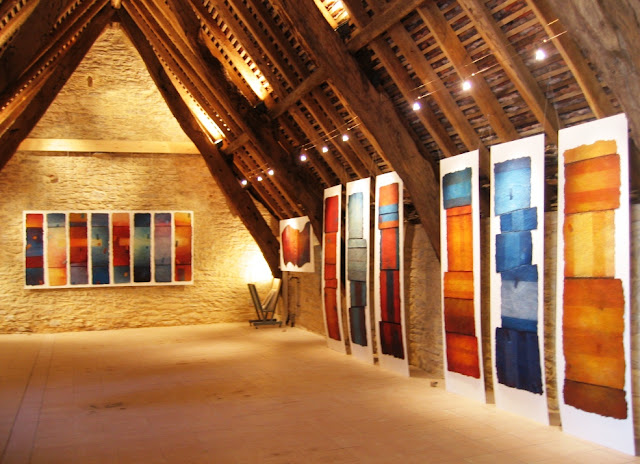 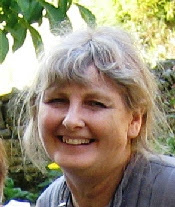 This post was written in loving memory of our dear friend Carol S. Farrow who died today.
A gifted artist, teacher and mentor with a most kind and generous spirit, her 'garden' - the legacy of a creative life with not one moment wasted - will always be full of flowers.
Posted by stella harding at 10:27