Oh joy! woke up the other week to the sound of chain-saws.  Music to my ears as here in south-east London it's one of the harbingers of Spring as tree surgeons come out to finish off the winter pruning before bud-break.  But it wasn't street trees overhanging bus routes they were pollarding - it was a cause for much greater rejoicing.   My neighbour's 60 foot Eucalyptus - the bane of my gardening life - was being felled. 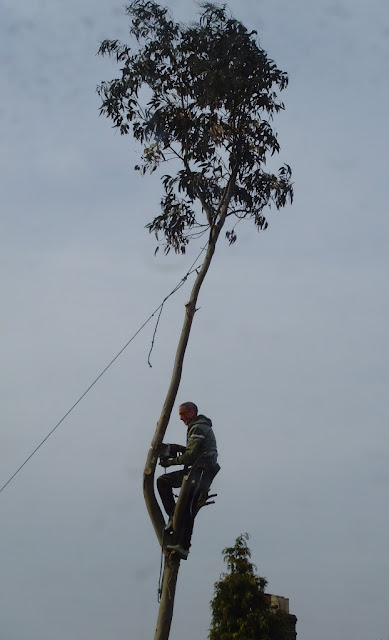 Let there be light!  No longer would that monstrous weed overshadow my back garden stealing the light and sucking all the moisture from the soil, and as the last branch toppled I realised I could truly look forward to Spring this year - perhaps even to some new plantings.

Then last Saturday16th February I celebrated the one year publication date of Practical Basketry Techniques by taking my own loppers for a day of cutting at retired basket-maker Olivia Elton Barratt's willow bed in Hertfordshire.  It was almost a year to the day that I went with members of Hertfordshire Basketry to cut willow for our Olympic Willow Winners project at Stockwood Discovery Centre. 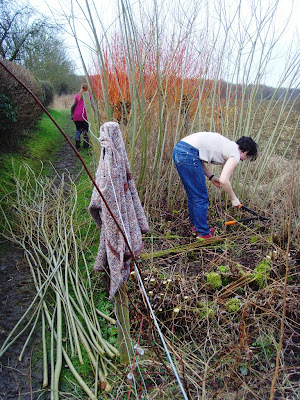 9-12 foot rods of Salix viminalis will provide excellent stuff for bark stripping
This time the idea was to cut some of the thicker two and three year old growth that we'd left standing last year in preparation for a bark stripping workshop later on this year.  The rods will be left in water until May by which time roots roots will have sprouted and the sap begun to rise. 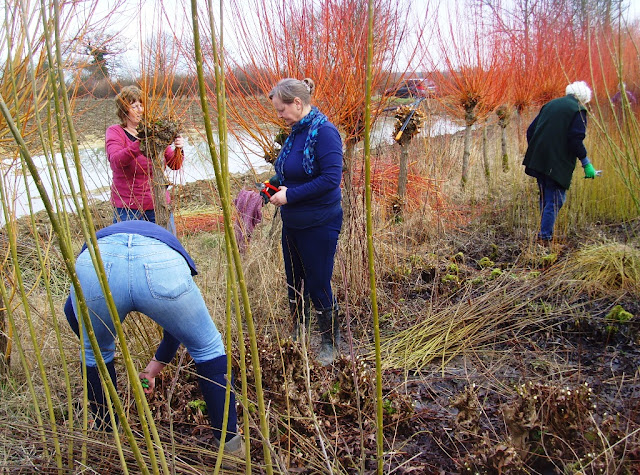 There was also plenty of fine one year-old growth for us to take away for our own basketry projects. It was a gloriously sunny day and with around 14 willing hands we made short work of the beds before lunch. 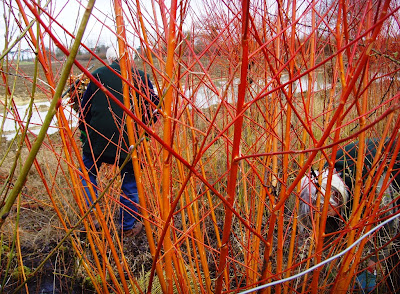 I had my eye on some of the flaming orangey-red Salix Britsensis.  Now that the Eucalyptus is gone I thought I might try planting a couple of stems myself having been inspired by the way Olivia has kept hers in check by pollarding it at about a metre high and cutting it close to the stumps each year. 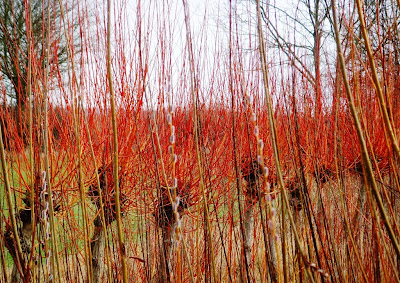 Spaced about 1.5 metres apart and pollarded at one metre high Salix Britsensis makes a vibrant boundary to Olivia's willow plot. 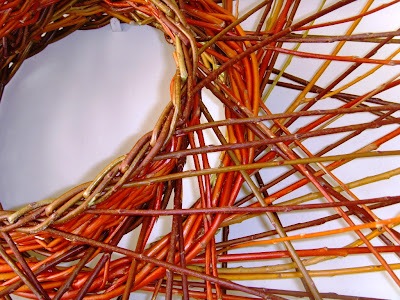 I don't mind its branching habit - great for texture in sculptural pieces - and it keeps its colour well as a contrast to the greens and browns of other varieties. 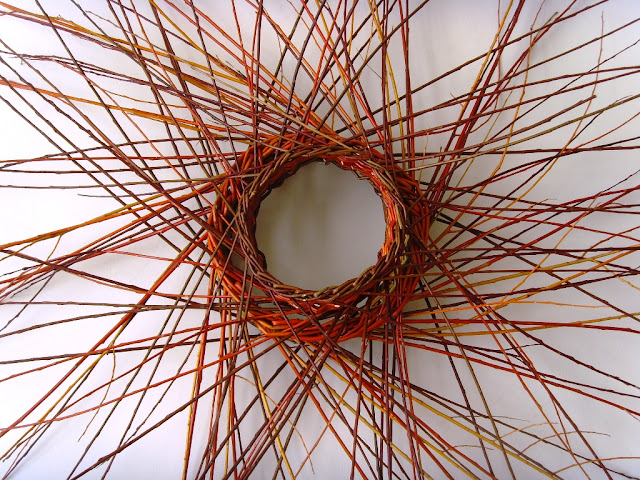 I used a colourful combination of Olivia's willow last year to practise borders but couldn't bear to cut off all those exuberant flying tips.  Suspended from a tree in a front garden during the Dulwich Festival last May it made a spectacular sun-burst - welcoming visitors to our Open House basketry display.
This year for the whole month of May I'll be down in Hove for the Brighton Festival and Artists Open Houses - showing with ceramist Tessa Wolfe Murray and painter Martin Ward amongst others.  But for now I'm off to stick a few cuttings in my own patch to celebrate the cycle of re-growth and the return of sunlight to my basketry garden.
Posted by stella harding at 05:53